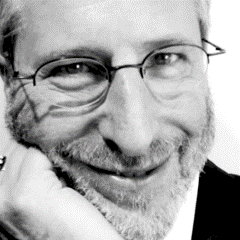 Mr. Sofian is recognized nationally for almost 40 years of innovation in population-based and corporate health management/engagement, and organizational change.

During his career, Mr. Sofian commercialized the first and now largest telephonic coaching program in the United States, Free & Clear (a smoking cessation program now owned by Optum and called Quit for Life), as well as several of the early health-related social networking platforms, including the American Cancer Society’s Cancer Survivors Network.

He is a noted author and speaker and continues to be acknowledged as one of the true innovators in the world of health behavior change. Mr. Sofian is currently the CEO of tuzag, Inc.  a software company that has built a tailored content service and engagement platform for driving exponentially greater consumer behavior change.  Prior to his role at tuzag, Mr Sofian was the Director of Member Engagement at Premera Blue Cross, where he was responsible for development strategies to engage the 2.2 million members of Premera in reaching their optimal health.   He is focused on creating and implementing a model focused on personalized tailored messaging, rewards, and choice architecture based on creating segments of one.

Prior to Premera, Mr. Sofian was the Director of Behavioral Interventions for Resolution Health after its acquisition of the NewSof Group of which Mr. Sofian was the co-founder and CEO. The NewSof Group was a consulting and new media development company focused on scalable health change, learning, coaching, sharing, and support. He was also a co-founder of Healthcare onsite, a worksite-based primary care service.

Mr. Sofian is a well-known author and speaker in the field of health management, humor and health, and the role of personalization and social networking. Mr. Sofian holds a master’s degree in public health from the University of Missouri School of Medicine.

Browse all
No items found.